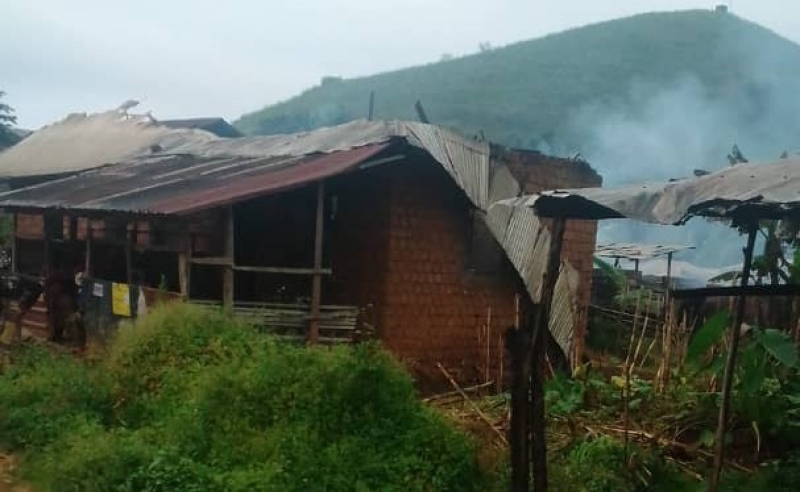 The ongoing crisis in Cameroon’s North-West and South-West Regions is said to have reopened old wounds of a fracas between indigenous communities and Aku-Hausas. In order to maintain social peace and harmonious living-together, AFADA-US urges President Paul Biya to “act swiftly and decisively against Aku-Hausa youths, civil administrators, and military officers involved in the 2019 and 2021 targeted killings of indigenous peoples of Aghem in Wum Municipal Council, Menchum Division, North West Region of the Republic of Cameroon.”

Jude MUA, President of AFADA-USA says the courier department at the Presidency of the Republic of Cameroon date-stamped a copy of the letter on 24 November 2021, confirming receipt of the AFADA-USA request dated 5 November 2021 calling on President Biya to personally address the situation.

Although Cameroon-Info.Net is yet to have a copy of the said letter, Mua says the “letter draws the attention of the Head of State to the systemic acts of massacres in Wum”

“We of AFADA-USA are alarmed and disheartened by the repeated heinous and targeted attacks on the peace-loving and hospitable people of Aghem by Aku and Hausa youths in recent years with the tacit approval of administrative and security officials,” said Mua.

The letter then cites the most recent targeted killing and what they say may amount to genocidal crimes.

“On 18 October 2021, the world witnessed inexcusable and targeted killings as Aku-Hausa armed groups attacked the indigenous people of Aghem, destroying their properties. According to reports from local witnesses and victims, 3 Aghems were brutally killed and dismembered, 3 were seriously injured, and several persons remain unaccounted for. Additionally, nearly 7 contiguous villages experienced looting, and there was a burning of 35 residential homes and 16 business premises – including individual property, leaving at least 254 persons homeless,” Mua in a dispatch.

The letter notes that “two palaces of traditional authorities were burnt.”

According to the AFADA-USA president, “the loss of the Aghem lives is unquantifiable in monetary terms. However, the economic loss and property damage incurred by Aghems and the community in the six affected villages is projected to exceed 80 million FCFA.”

He says the letter “describes how Aku-Hausa youths gruesomely killed Pa Gunghu John Mvo, 87, a disabled-entrepreneur-elderly citizen, in his business premise. According to the letter, “[t]he armed group collected his [Pa Gunghu John Mvo] money, looted his goods and personal property and then set the business structure ablaze.” The letter adds, “[f]inally, the attackers threw the blood-soaked body of Pa Gunghu John Mvo into the burning building.”

Surprisingly, according to the letter, “[t]hese acts all happened before helpless family and community members, including crying women and children, who saw their loved one roasted to ashes.”

The letter points the Head of State to several publicly available reports, photos, and videos, which could offer the President of the Republic a rare sneak peek into some possible never-before-seen material at the level of the Presidency. This is an extraordinary opportunity for the President to have access to undiluted and unfiltered information from community organizations unlike official reports first coming from local government officials via divisional delegates, then by regional delegates and governors to ministers, and finally into the corridors of the Presidency.

For the “18 October targeted killings”, the letter provides the Head of States with two reports that examine, in detail, the scope of damage and also pinpoint affected individuals.

Importantly, the letter highlights the unique, quick intervention and contribution of BIHNDUMLEM Humanitarian Association of Peace and Hope (BIHAPH), a local community nonprofit NGO, and an ad hoc committee set up by the Member of Parliament for Menchum South Constituency, Honorable Wallang Richard Eboua, to provide relief to affected families and to de-escalate the tensions among angry Aghem youths that could have resulted into a dangerous and unending ethnic conflict.

The AFADA-USA letter is cited by Mua as saying, “Attacks by armed Aku-Hausa groups have become more strategic and well-coordinated. The first genocidal crime was recorded in 2019 when the same armed Aku-Hausa youths attacked Aghem indigenes resulting in at least 24 deaths, 52 maimed citizens, and the disappearance of several citizens.”

The letter adds, ‘[m]ore so, the armed Aku-Hausa youths used petrol and burned and destroyed more than 62 residential homes, 13 business premises and structures, and, most shockingly, two palaces of traditional authorities of 2 fondoms in Wum.”

The scale of attacks and damage is clearly shown by selective and authoritative records provided to the Head of State by AFADA-USA.

“As mentioned previously, the loss of 24 Aghem lives is unquantifiable in monetary terms, but the economic loss and property damage resulting from these large-scale attacks by the armed Aku-Hausa youths in the affected villages has been estimated to surpass 60 million FCFA,” said Mua.

The letter makes a stark revelation to President Paul Biya. “There is reason to believe that the military in Wum is pitching armed Aku-Hausa youths against unarmed and vulnerable Aghem indigenous peoples.” The letter calls on the President to view the raw video and judge the involvement of appointed officials and members of the military, as well as law enforcement services, in instigating inter-ethnic conflicts in Wum seriously undermining the President’s vision of vivre ensemble”.

“The 1:40-minute video concludes with the soldiers claiming that there is nothing they (the soldiers) could do to stop the Aku-Hausa youths from executing their genocidal plan,” explains the letter.

Beyond drawing President Biya’s attention to the genocidal crimes against Aghem indigenous peoples by well-known armed Aku-Hausa youths under the complacent eyes of government administrators, military, and law enforcement officials in Wum, AFADA-USA requests that the President issue directives for the government of the Republic of Cameroon take strong and decisive action as an immediate, medium and long-term solution:

“We call on the local and international press, humanitarian organizations, and all people and institutions of goodwill to shine a light on these despicable events so that these may not be repeated on the people of Aghem or elsewhere,” said Jude Mua.

Cameroon-Info.Net understands that AFADA-USA is a non-profit organization registered in the state of Maryland, USA. It aims to bring together indigenous peoples of Aghem origin in the Republic of Cameroon who are resident in the USA and Canada. Its principal objective is to support local development initiatives to improve the wellbeing of people within the Wum Council Municipality in Menchum Division, North West Region of the Republic of Cameroon. 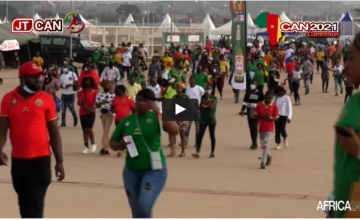 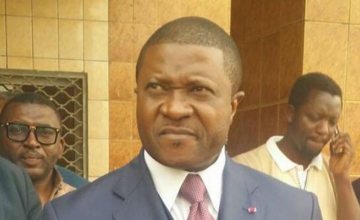 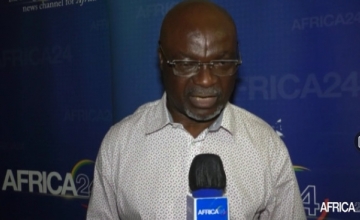 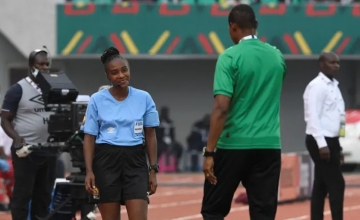 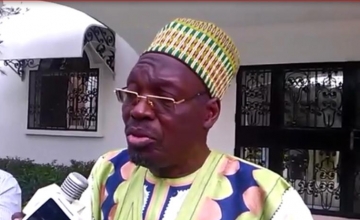 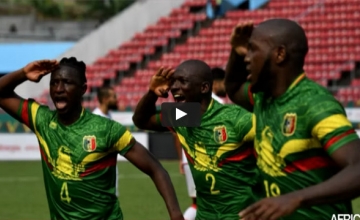 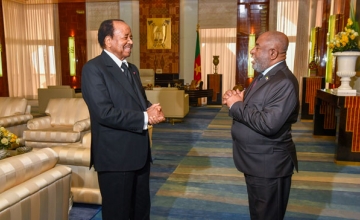 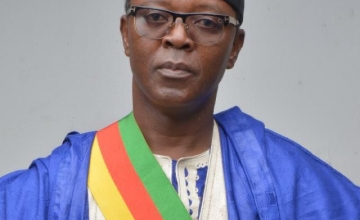 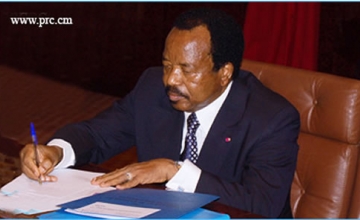 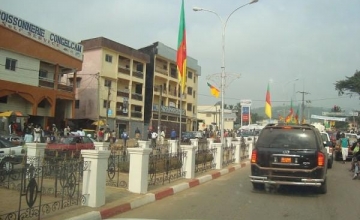 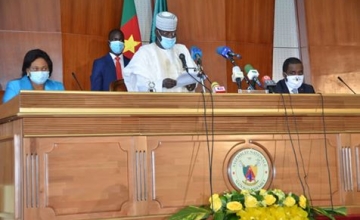 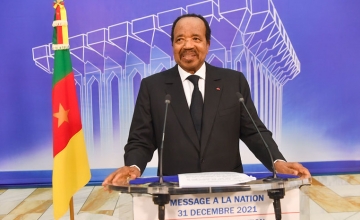 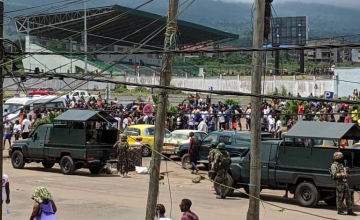