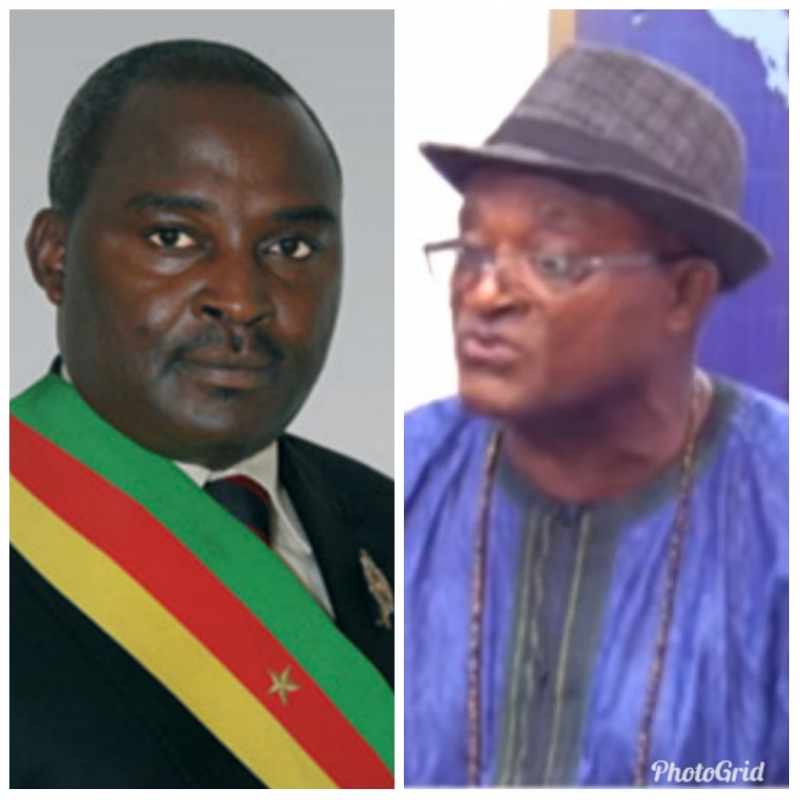 Hon Enwe Francis, Member of Parliament (MP) for Momo West constituency and Hon. Norbert Nangiya Mbile, former MP for Ndian Division, Chief of Lipenja I and Paramount Ruler of the Batanga people said in a statement dated Saturday May 25, 2019 on behalf of ‘the North West/South West Peace Movement on the Cessation of Violence’.

The call for a cessation of violence by the belligerents is contained in a messaged titled “the Prime Minister, Head of Government, brings Head of State's announcement of Dialogue to the North West, South West”.

Enwe and Mbile write: “The NW SW Peace Movement on Cessation of Violence received the Head of State's message of Dialogue, through his distinguished emissary the Prime Minister, Head of Government, with enthusiasm, excitement and approval.

“Since the Movement went public on the 23rd February 2019, with the objective of achieving cessation of violence in the NW SW, the declaration of "but for separation everything else is on the table" made by the Head of State in his latest offer for a way forward in the resolution of the crisis, is seen as a big step in the right direction. In fact, this pro-dialogue pronouncement falls in line with the expected pro-peace developments inserted in the Movement's Plan of Action when it published its Press Statement. The Movement believes that now is the time for all parties to do everything it takes to consolidate on this positive inroad so that cessation of violence, the ultimate goal of the Movement, can be attained.

“To take full advantage of the peace offer therefore, the Movement proposes the following:

- welcomes the offer for dialogue by the Head of State;

- recommends, in consonance with the plan of action of the Movement, in its point 3 & 4 that identification and contact with on-the-ground leaders (in villages, zones, Sub-Division, Divisions, Regions) be effected, and a three-month renewable period of cessation of violence be declared by Government during which the dialogue process will be implemented.

- the continuance of the implementation of the Movement's Plan of Action in its point 5 which suggests the release of all jailed as a result of this crisis.

- the implementation of the rest of the Plan of Action until total cessation of violence is achieved.

“The NW SW Peace Movement on Cessation of Violence therefore, on behalf of the suffering populations of the NW SW, do fervently appeal to all the various parties which are being solicited, be they in the diaspora or at home, to come on board for the dialogue and to give Cameroon the chance to go over this very trying phase of our history.”