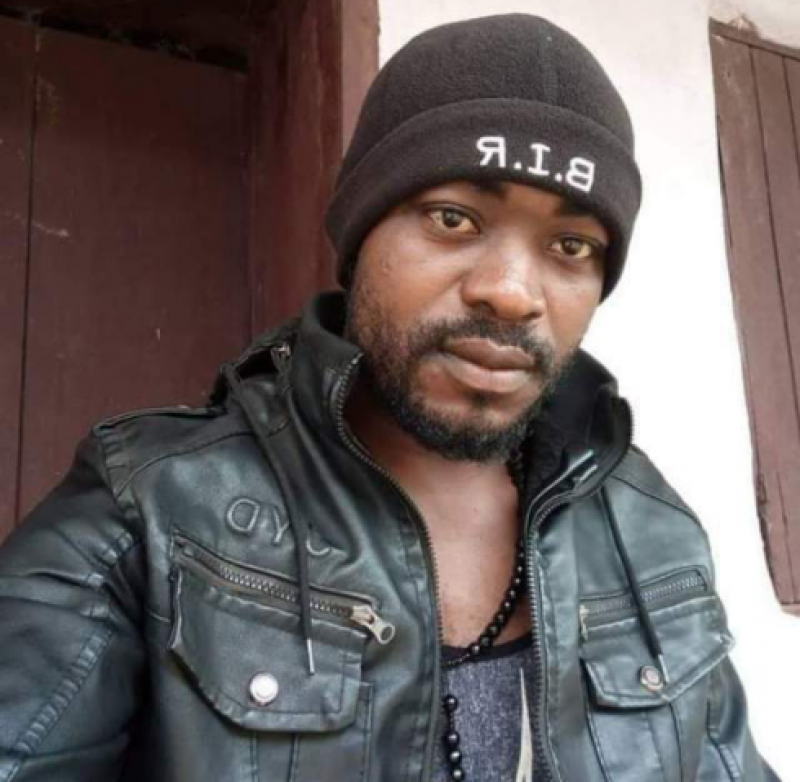 According to the military, the operation that brought down the infamous separatist fighter was led by elements of the Rapid Intervention Battalion (BIR), an elite unit of Cameroon’s Armed Forces.

“It was the outcome of a well-planned and concerted mission of the Defence and Security Forces under the coordination of the Commander of the 2nd Joint Military Region,” a statement attributed to the military said. “This entrenched and fortified camp relegated in the depths of the dense forest of Lebialem Division of the South West Region was a veritable refuge for these murderers, rapists, thieves, kidnappers, throat-cutters, and criminals addicted to drugs and with hallucinatory belief in charms commonly called ‘ODESHI’.”

Ayekeh is said to have defected from the Rapid Intervention Battalion of the Defence and Security Forces about two years ago before joining the separatist movement.

“When the military went for an operation in Lebialem in 2018, Ayekeh disappeared and joined the armed separatist movement. He was probably hoodwinked by ‘ambaganda’ (propaganda run by self-proclaimed leaders of Ambazonia) into thinking that he would be a real general in the putative state of Ambazonia,” a person familiar with the story recounts in a viral social media post.

It furthers that: “Ayekeh served under ‘Field Marshall’ Oliver Lekeaka – still at large. The tussle for authority and discord over inequitable sharing of booty from sponsors and ransoms forced Ayekeh to quit Lekeaka’s group. He created his own armed group in Alou, his Subdivision of origin (he hails from Mmockmbie village).

“Ayekeh, named his group “Gorilla Fighters”. He set up camps in areas of the Subdivision; kidnapping for ransom and killing civilians. General Ayekeh once abducted over 200 people from Fossimondi village in Alou subdivision, from whom he collected huge sums of ransom.

“As the military kept inching towards his base, Ayekeh moved his hideouts to Besali in Wabane Subdivision. There, he took control of southern Wabane, comprising fondoms like Bechati, Bangang, Banti, Besali, Eghombo, and Nkong. Due to the remote nature of these areas, the military could not easily penetrate.

“Besali is a Cocoa basin. Each cocoa dealer paid FCFA 500,000 to the ‘general’, per season, to continue doing business in the area. No doubt, the dealers heaved a sigh of relief when his death was confirmed this Tuesday.

“Ayekeh was such a beast that he killed fellow combatants. Romanus Nkengasong, Vincent Fonchenalla, and others were his victims. Ayekeh also is known as ‘Chief of Forest’ and ‘Man Pass Gun’ was Mongo Faya personified. Ayekeh, allegedly fathered more than twenty children. He impregnated his hostages. Parents of the children came to the camps at gunpoint to pick up their girl children when they were at full term. The tag terrorist fits ‘general’ Ayekeh.”

The military says at least 15 other separatist fighters were killed and their corpses swept away by a high-torrent river behind the camp of the rebels, while several others were injured as they fled.

Ayekeh’s gun, Kalashnikov, 22 full magazines, likewise his pump shotgun mostly used to assassinate his victims, and which he never failed to make a show of, were recovered.

Several military gears, including boots, bulletproof, etc. were also recovered, as well as two satellite phones whose origin remains to be determined.

The tentative report of the operation adds that eight boxes of war ammunitions of varied sizes and 12 offensive grenades were recovered and secured.

“It is important to note that: A soldier was wounded as a result of a series of explosions of grenades thrown at the Defence and Security Forces as a means to stop their assault on the camp;

“10 hostages amongst whom were young girls used as sex objects by these terrorists were freed.

“It is an opportunity to salute the collaboration of the populations who have suffered from the pangs of these dehumanized outlaws. A new day is dawning on Lebialem. There is great hope for a peaceful life in this Division, now rid of its chief murderer terrorist.”

Ayekeh’s corpse was flown by helicopter and placed along a major street in Kumba for the population to see.

The Senior Divisional Officer, SDO, for Meme, Chamberlin Ntou'ou Ndong used the opportunity to urge rebels hiding in the bushes to surrender and be rehabilitated and reintegrated into the society.