Cameroon – Biya’s 37-Year-Rule: Prof Elvis Ngolle Ngolle Says the New Deal Has Been Good for All Cameroonians 37 Years On 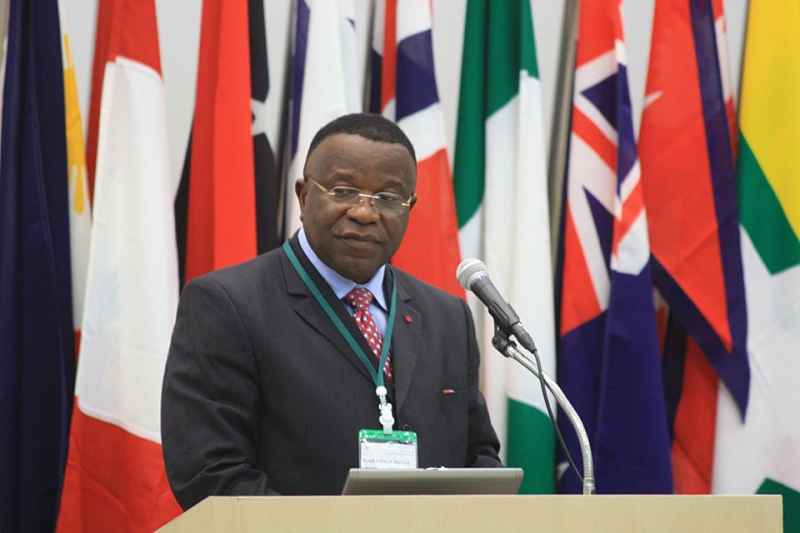 Pr Elvis Ngolle Ngolle Archives
Erstwhile Minister of Forestry and Wildlife, Prof. Elvis Ngolle Ngolle is quoted as saying that President Paul Biya’s 37th anniversary as Head of State of the Republic of Cameroon is a rare achievement worth celebrating.

The member of the Central Committee of the ruling Cameroon People’s Democratic Movement (CPDM) and coordinator of the party’s academy told The SUN Newspaper that despite what may seem to be turbulent moments in the country, President Paul Biya has been up to the occasion of steering the statecraft to safe shores.

“…Statistically, the New Deal of H.E President Paul Biya is as significant today 37 years later as it was 37 years ago… Is it worth it celebrating this 37th anniversary this November 6, 2019? My answer is yes and I have always said so. I am not saying it as a politician but from the standpoint of pedagogy and a scientific standpoint as well.

“I say so because the New Deal was launched to usher in a new dawn, a new Cameroon by a new President who said he wanted to change Cameroon from the way he met it. He gave indications as to what ingredients (moralization, liberalization and modernization) will be included in that new Cameroon which he referred to as the Cameroon of the New Deal,” the political scientist and eminent professor is quoted as saying.

He continues: “After noticing in 1982 when he took over power that Cameroon did not have all these ingredients, the Head of State concluded that for the country to move forward, it needed to change and be driven by some sort of public service ethics based on moralization, liberalization and modernization.”

Reminded of the crisis in the country’s North West and South West Regions, the recent landslide in Bafoussam, security concerns in the Far North, East and Adamawa Regions, unending poverty, unemployment, absence of basic health care and political upheavals that put the country’s living together in jeopardy, Prof. Ngolle Ngolle was positive.

His words: “…bad news, disasters, evil, misfortune etc which are realities of human life should not prevent one from continuously thinking positive about life…the celebration which is not limited to the CPDM party will also be an ideal opportunity for people to sympathize with other citizens who are in pains.

“The New Deal is therefore good for all Cameroonians and that is why it is not a CPDM affair. We are therefore celebrating triumph of humanity over evil, the triumph of life over death, the triumph of solution over problems, the triumph of a better future over the past etc… The removal of Cameroon from AGOA list does not mean that bilateral ties between our country and the United States of America have come to an end. Both countries are still enjoying other areas of cooperation.”

Paul Biya became Cameroon’s second President on November 6, 1982 after the resignation of President Amadou Ahidjo on November 4, 1982. Biya renewed his life presidency bid on October 7, 2018 although some opposition candidates doubt the credibility of the polls. His mandate ends in 2025 and he may choose to renew same.