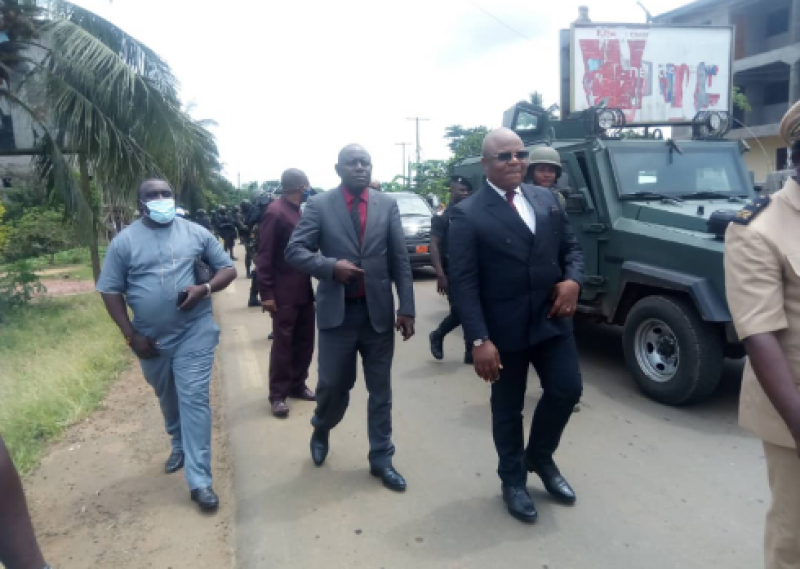 Although the election of a City Mayor for Kumba is scheduled to take place tomorrow Thursday, October 22, 2020, the CPDM party is set to organize internal voting for interested candidates this Wednesday, October 21, 2020, so as to choose a unique candidate.

With the political climate in Kumba at an all-time high, Paul Tasong and his team are expected to calm the waters as an implosion is feared within the ruling CPDM party. Frontline contenders for the post of Kumba City Mayor are the incumbent Victor Nkelle Ngoh and his main challenger, Gregory Ntemeyok Mewanu.

Nkelle Ngoh was elected Kumba City Mayor on March 3, 2020, following the February 9 twin municipal and legislative elections. He secured 38 votes while Mewanu got 31 and Stephen Ekoko Mwelle had six.

As the 75 councilors from Kumba I, II, and III councils ready to make a choice between Nkelle Ngoh and Greg Mewanu, sources say the political class in Meme is mobilized with old alliances forming and rivalries widening.

In fact, political pundits are of the opinion that the duel goes beyond Nkelle Ngoh and Mewanu. That it is a fight between those loyal to Senator Nfon VE Mukete and the palace against those protected by former Minister Benjamin Mutanga Itoe, Head of the CPDM Meme Permanent Divisional Delegation.

It is not known how Paul Tasong and his team will unite the forces within the CPDM ahead of tomorrow’s election.