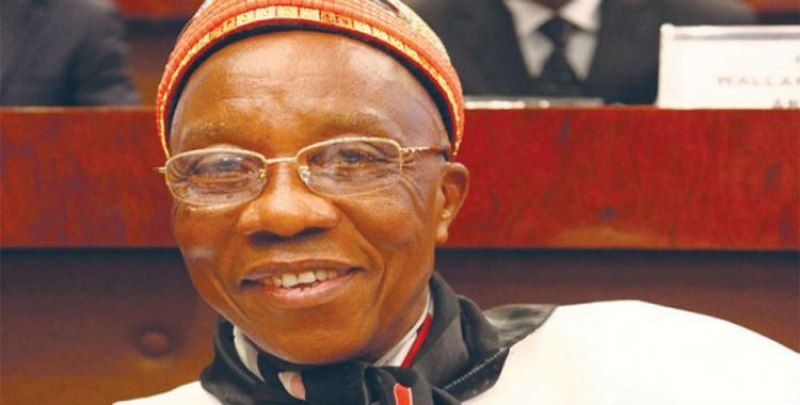 Nfor Tabe Tando, président du groupe parlementaire RDPC au Sénat Cameroon Tribune
Senator Chief Table Tando Ndiep Nso of Bachau-Ntai Village, Mamfe in the South West region has revealed in was in negotiations with some separatists, who have revealed over 500 of them will be dropping their arms soon in the South West region, and join the region's disarmament, demobilisation and reintegration center.

The Senator was talking over Cameroon Calling on state radio this Sunday May 26, where he said youths of his area, Manyu Division, were tired of being deceived by outsiders.

“Most of the youths of Manyu Division, in particular Eyumojock, Mamfe central and part of Akwaya, are now understanding that it is detrimental for them to continue assisting, supporting or aiding those boys or girls who live from other divisions or other areas or even country, to come and deceive them because they have seen the obvious advantages”, said the Senator referring to the importance of the reintegration centre in Buea.

He narrated stakes at the just ended visited of Prime Minister, Joseph Dion Ngute to the South West region, whom he said has genuine concern for his people, as he didn’t only ensure those separatists who drop their arms will be reintegrated into the society, but on his own initiative would support them to pick up from whatever trade or education they were doing, before they joined ‘Amba boys'.

“The centre is just to bring them to be reintegrated into the society and then going out now, they would have what they think they are capable of doing for themselves. If one was doing trading, he would be given some small money to continue with his trade, if one was doing poultry, he would be trained into poultry farming, carpentry ,sewing etc. So this is an opportunity for them”, he assured.

Senator Tando announced that separatists have been contacting him, asking he reassures them that after dropping down their weapons, they wouldn’t be killed. He quoted three cases during the visit of the Prime Minister to Buea, where he said he took them to the head of government, who reassured them that President Paul Biya, meant well when he created the reintegration centres. He also revealed he had been contacted that some 500 Amba boys will be joking others in the centre too.
“On Thursday 23rd, I received a call to say that they are now prepared to come out. So I directed them to go and see the director in charge of the center in Buea. And the boys told me that they were over 500 of them, who would come out eventually”, boasted the Manyu Chief.

However, he joined his voice to the Head of State and Prime Minister Dion Ngute, to call on separatists, to drop their weapons and surrender. To him, the more these fighters stay in the bush, the more they miss several opportunities and the more the community continues to live in fear.