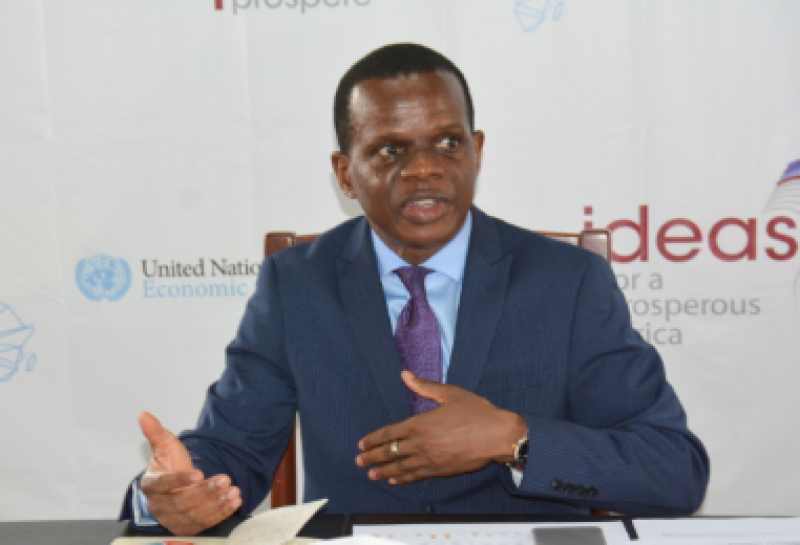 Antonio Pedro, Director of ECA’s Central African Office ECA Yaounde
Economies within the Economic Community of Central African States (ECCAS) will collectively have a 4.7 percentage point drop in their projected GDP growth this year as a result of the severe impact of the Coronavirus Outbreak (COVID-19), which is also projected to cost the entire continent billions of dollars to fight it and half of its growth potential.

These are findings from the UN Economic Commission for Africa (ECA), whose analysis project a reduction of the continent’s economic growth rate from a previous forecast of 3.2% to 1.8%, with the Central African subregion being one of the most highly exposed areas to an economic downturn.

Speaking to a range of media organizations to unpack the impacts of COVID-19 to Central African economies, Antonio Pedro, Director for ECA’s Office for the subregion said “with the coronavirus, Central African countries face a double jeopardy, underpinned by their excessive dependence on the export of commodities.”

“This double jeopardy means that in addition to struggling with the health pandemic with very limited financial resources and fragile health systems, we are also faced with addressing its serious economic effects, which are multiplied because of the structure of our economies leading to a disproportionate exposure to the contagion effects of external shocks.”

In the Central African subregion, he said, countries such as Gabon, Congo, Chad and Equatorial Guinea will be among the hardest-hit in economic terms given the weight of oil exports in total exports. In a scenario of a US$30/barrel this would be a 50% reduction in oil export revenues caused by a demand and price contraction. The latter, a result of downward projections of the rate of growth in Chinese and Western economies and unresolved dispute between Russia and Saudi Arabia on oil production ceilings.

Apart from oil, areas to be most affected, according to Economic Affairs Officers Simon Fouda and Issoufou Seidou Sanda, are the supply chain, tourism, remittances from the diaspora and commodities such as coffee, cocoa, rubber and timber.

The effect on tourism for instance could cause Sao Tome and Principe to lose 34.2% of its projected GDP in 2020, which is far more significant in terms of loss than what oil-dependent Gabon and Equatorial Guinea would lose in terms of previously projected GDP – that is, 17.6% and 18.5% respectively.

To immediately deal with the double-whammy of COVID-19 on Central African economies, governments need to do their utmost to circumvent the spread of the virus, working with the leading bodies on the epidemiological aspect – such as the World Health Organization, ECA officials said, as they acknowledged the efforts already deployed by CEMAC member States via their ministers of health, who last weekend decided to put up a collective front to contain the spread of the virus.

At this stage, Central African countries could use expansionary monetary policies, including quantitative easing (which involves the injection of money into the productive ecosystem by Governments) and other stimuli, as a short-term measure, Mr. Pedro said.

“But as this is a difficult route to take, given the tight fiscal space within which Central African countries under the latest generation of structural adjustment regimes are dealing with, development partners will need to step in to help, as a follow-up to examples already shown by the IMF and the World Bank who have promised aid and concessional loans to developing countries facing the pandemic.”

“Again, these are only temporary measures because to get out this vexed recurrent situation and vicious cycle of vulnerability to external shocks, countries in the Central African subregion must invest in the fundamentals of diversifying their economies both horizontally through the increase in the number of export products and vertically by deepening value addition of goods and services through resource-based and trade-induced industrialization,” he noted. This he observed is the essence of the Douala Consensus on economic diversification adopted in September 2017.

The ECA economists conversing with the media pinpointed the advanced level of transformation of timber products in Gabon as an example of how Central African counties should use their comparative advantages to better position themselves in Global Value Chains.

They said Governments must therefore step-in to create the enabling environment for these changes to happen, notably by instituting local content policies such as rules that localize procurement which in several cases represent 60% or the total operational cost of large companies operating on the continent.

Governments should also facilitate the participation of small and medium-scale enterprises (SMEs) in local and regional value chains by dismounting tariff and non-tariff barriers, especially on the eve of the go-live phase of trading under the African Continental Free Trade Area (AfCFTA) regime.

But the conversation is one in which the private sector must steer the driver’s seat, they advised.

“What if the myriad of huge business and capital owners in Africa copied the example of Aliko Dangote who did not wait for the environment to be perfect before taking on giants in the manufacturing and sale of cement?” Mr. Pedro quizzed.

“This is the pathway to follow as for example the global world switch towards electric cars fueled by batteries which will represent a USD 300 billion a year industry by 2050 with about 160 million vehicles to be produced.”

“Africa produces more than 70% of total cobalt used globally to produce the batteries for electric cars engines – the lynchpin of electric cars, so why don’t our rich capital owners take on this sector headlong?”, he interrogated.

ECA’s Director for Central Africa said the Commission is henceforth appealing to the business community on the continent to have an inward-looking business strategy because “the opportunities, the markets – especially with a rising middle class – and the endowments are there to do this.

While Mr. Pedro urged the media to keenly navigate the economic contours of COVID-2019 in order to help raise awareness among key economic players of measures to adopt in the short but more importantly in the long term, he assured them the ECA will hold deep conversations on the situation with Governments across Africa, in continuation of what Executive Secretary – Ms. Vera Songwe has kick-started already.

“We cannot be tired of repeating our crusade for economic diversification and industrialization, especially in Central Africa because if our member States don’t address their structural problems now, they will face the same problems again and again with any international whirlwind.”

“That is the vicious circle of dependence the sale of raw materials, we are trying to beat by looking forward to a virtuous circle of structural transformation underpinned by economic diversification and industrialization,” Mr. Pedro concluded. 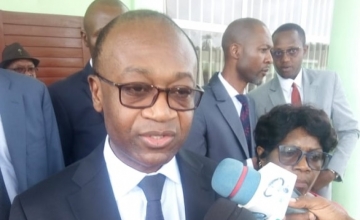 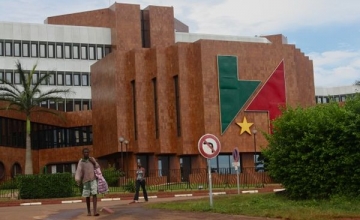 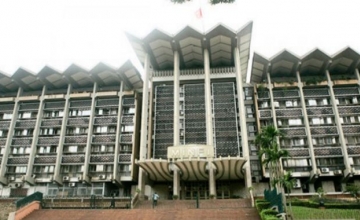