“Twin Legislative and Municipal Elections of February 9, 2020: Response of the Government With Regard To the Political One-Upmanship of Some Political Parties,” Sadi captions Monday’s press briefing in the company of Territorial Administration Minister, Atanga Nji Paul.

The spokesman of government reminded the national and international public opinion that on February 09, 2020, legislative and municipal elections will take place in Cameroon given that on November 10, 2019, the President of the Republic, His Excellency Paul Biya, in strict compliance with the legal provisions thereof, convened the electorate.

Hear him: It should first and foremost be recalled that the mandate of the Members of Parliament and that of Municipal Councillors was extended twice, in keeping with Article 15 of the Constitution. First, for twelve months, starting on October 15, 2018, then, for close to four months, taking effect on October 15, 2019 until February 09, 2020.

“Moreover, it should be emphasized that the Constitution of Cameroon clearly lays down the conditions and modalities for the extension of the mandates of Members of Parliament, notably in case of serious crisis or where circumstances so warrant. With regard to Municipal Councillors, the Electoral Code clearly states in its Section 170, that: “if need be, the President of the Republic may, by decree, extend or abridge the term of office of municipal councillors for a period not exceeding 18 (eighteen) months.”

“That is to say, the Head of State, when deciding to set the twin legislative and municipal elections for February 09, 2020, in his Very High discretion, took into account all these parameters and all the background information related thereto.

“It is therefore surprising, that some leaders of political parties are today putting forth various considerations either to boycott the upcoming elections or to simply demand their postponement, or better still, to set conditions for their participation as though they were not aware of the fact that the extension of the mandates of MPs and Municipal Councillors are defined by the law, and may not therefore be infinite.”

Though Sadi failed to call names, his outing may well be in response to the decision of the Cameroon Renaissance Movement (CRM) to boycott the polls and threats from the Social Democratic Front (SDF) to do same if the Anglophone crisis is not resolved and the electoral code revised.

Sadi argues that successive extensions of the mandates of the aforementioned officials took into account the socio-political context and, consequently, the concerns raised by the national political class, particularly with regard to the security situation prevailing in the North West and South West Regions.

“In the same vein, it is commendable for everyone to acknowledge that the President Of The Republic, from his High position and based on background information in his possession, has duly considered the current developments in the concerned regions, and that he will prescribe the measures that are necessary to ensure the smooth conduct of the elections in these Regions,” said Sadi.

He furthered that: “The Government is therefore calling on the leaders of political parties to demonstrate good faith, civic responsibility and national civic and republican conscience, to devote their efforts to mobilizing militants to honourably take part in the upcoming polls, which are the only instruments to confer the legality and legitimacy needed to conduct public affairs.”

As to claims that some candidates were unable to compile their candidacy files due to the biased nature of some civil administrators are public servants, Sadi said: “In this respect, it should be indicated that all the candidates called upon to take part in the twin legislative and municipal elections of February 09, 2020, were under the same constraints, they faced the same difficulties, and they all had to comply with the requirements of the law.

“It therefore appears that the statements of some political party leaders, tending to hold the powers that be responsible for their difficulty complying with the regulatory provisions, and therefore being up to date within the deadlines set for the various actors, are totally ungrounded.

“The Government therefore urges the leaders of the political parties to be responsible, to take into account the collective destinies of their respective political families, as well as the individual aspirations of their supporters, whose enthusiasm and determination to take part in the upcoming twin legislative and municipal elections were felt as soon as the electorate was convened.

“Meanwhile, the Government condemns all manoeuvres that amount to blackmail and one-upmanship, and denounces the various foreign attempts to interfere, which are in violation of our laws, and which are advocating further postponements, indefinite postponements, of announced legislative and municipal elections.

“Considering the great national excitement, the keen interest and great enthusiasm aroused among Cameroonians of all walks of life, by the call to vote launched by the Head Of State, And mindful of the resolve and commitment of several political actors to participate in the twin legislative and municipal polls;

“The Government, for its part, calls on the entire Nation to positively and actively mobilize themselves for the success of these elections. The Government also reassures national and international opinion that all security conditions and all measures to ensure the reliability of the electoral process will be taken, in order to enable voters to exercise their civic duty by voting freely and in complete peace of mind.

“Finally, the Government appeals to the civic and patriotic consciousness of everyone. With regard to the leaders of political parties, it is not redundant to remind them that an electoral process codified and standardized by law makers cannot be traded off against special interests. The Government therefore invites each and every one to refrain from any pernicious act likely to jeopardize this major operation of national interest.

“To the electorate, the Government recommends that they get set to accomplish, in good conscience, their duties towards our fatherland, by massively turning out on February 9, 2020, to express their democratic choice, in discipline, calm and peace.” 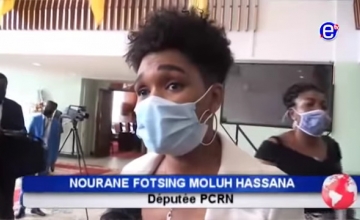 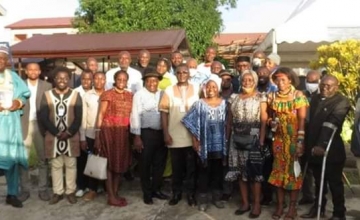 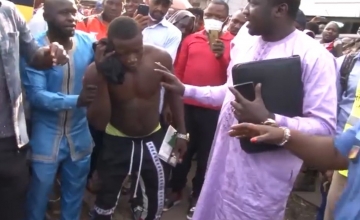 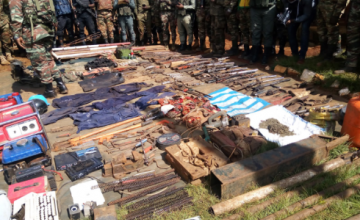 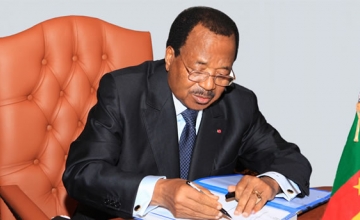