Cameroon: “I will not take instructions from anybody; we need peace to resolve any conflict” – Simon Tamfu Fai, North-West Public Independent Conciliator 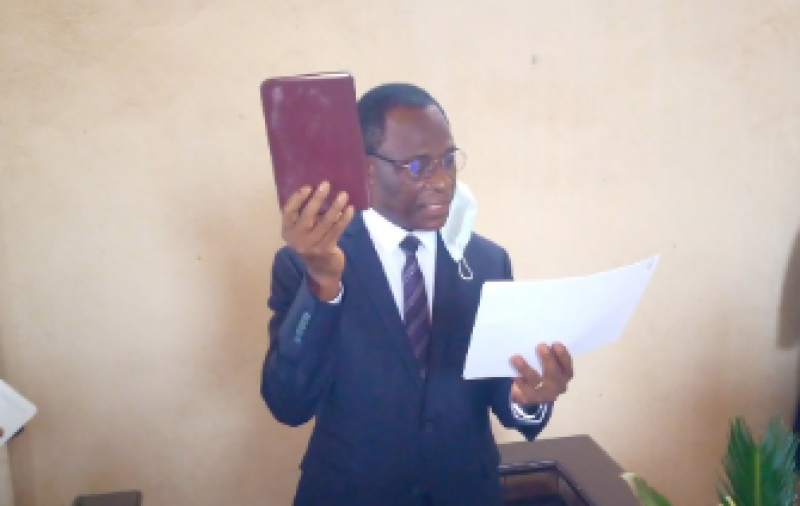 Simon Tamfu Fai WhatsApp
Simon Tamfu Fai, the pioneer Public Independent Conciliator for the North-West Region, has said he has no instructions to take from anybody. Rather, he says he is open to receive pieces of advice in the discharge of his duties.

The 66-year-old retired engineer in petroleum geology was speaking Thursday, July 8, 2021, at the North-West Court of Appeal shortly after taking his oath of office before the public and private bar in the presence of religious, traditional, municipal, and administrative authorities.

The oath-taking came 28 days after presidential decree no. 2021/342 of June 10, 2021, appointed him Public Independent Conciliator for the North-West Region. Thursday’s ritual is in keeping with section 7 of Decree no. 2020/773 of December 24, 2020, requiring the Public Independent Conciliator to take an oath before a competent court of appeal within 30 days from his/her appointment.

Simon Tamfu Fai says peace is central to the resolution of conflicts.

“Within the industry of oil and gas, you work with people. I have come to learn from the people also. First, before we resolve any conflict which is the main thing to do, we need peace,” he said.

Throughout his six-year non-renewable mandate, Simon Tamfu Fai says he will remain impartial and independent.

“The text says it, I have no instructions to take from anybody but I take advice. We can solve these problems amicably because the court systems are very expensive and our people are very poor,” he said.

With a bible in his right hand, Simon Tamfu Fai took the oath of office thus: “I, Simon Tamfu Fai, do solemnly swear that I will loyally and faithfully execute with probity, impartiality, and independence, the duties of Public Independent Conciliator entrusted to me, that I will uphold professional secrecy and that I will face in everything I do, the obligations they impose on me.”

Aged 66, Simon Tamfu Fai started his career in the oil and gas industry in 1981when he joined the Mobile Oil Exploration Company. In 1985, he was recruited at the National Hydrocarbons Corporation, SNH in Yaoundé where he occupied key positions including that of Director of Explorations he held from 2007 until his retirement in 2017.