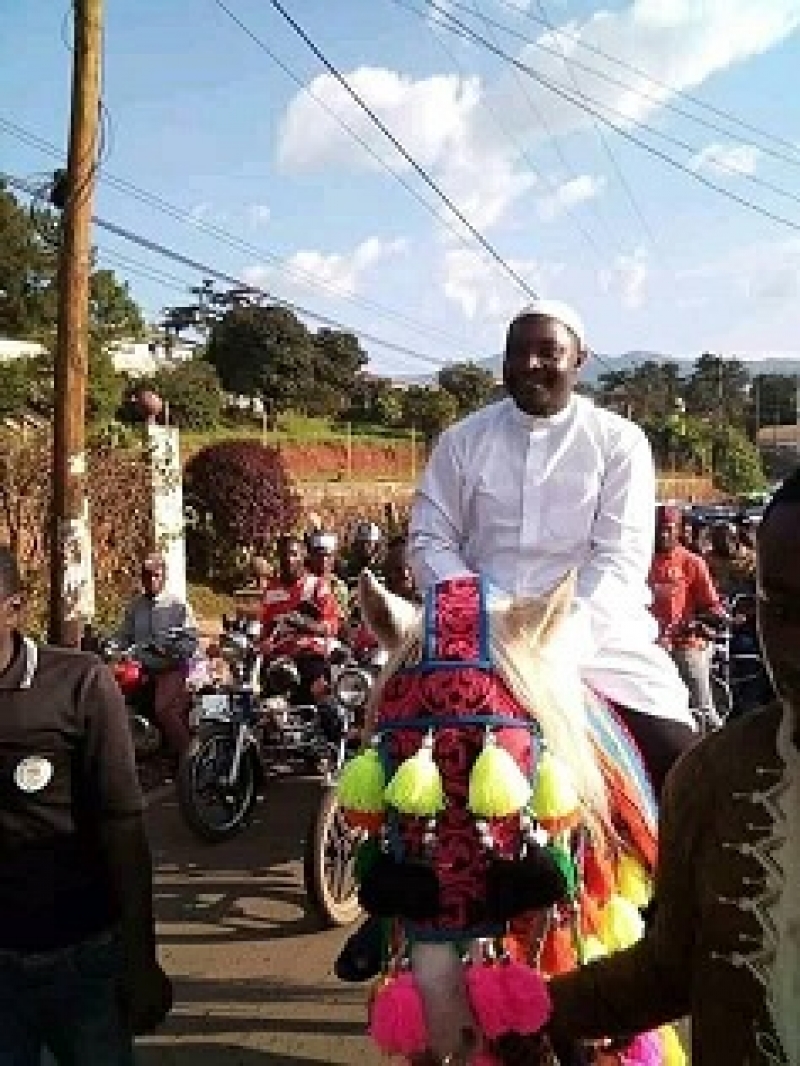 Abdul Karim enterring Bamenda facebook
Considered by many as a freedom fighter, after he was detained for over one month in Yaounde, muslim scholar and civil society activist, Abdul Karim returned home on Tuesday November 5, where he was received by hundreds of persons in Bamenda.

The population of Bamenda despite security intimidation had nursed plans to receive Abdul Karim as a hero, as he announced his return on Tuesday.

Abdul Karim Ali, an outspoken Anglophone activist and political analyst, was arrested on September 25 and denied access to a lawyer for five days, in violation of Cameroonian law.

He was taken to the State Defense Secretariat (Secrétariat d’État à la défense, SED) in Yaoundé. His whereabouts were finally made public on September 30 when he was taken before the Yaoundé Military Court and charged with acts of terrorism, financing terrorism, and secession.

Abdul Karim’s lawyers say that his arrest was unlawful and filed a habeas corpus request to the Yaoundé High Court. Human Rights Watch and several other international bodies made calls for his immediate release.

At the time many expected the hearing to begin, news of his release from family sources came up on the first of November. This comes few days after the United States president, Donald Trump announced he was planning to cut trade ties with Cameroon bythe 1st of January 2020, based on reports of gross human rights violations.

The government on its part has often rejected accusations of human rights violations stating it has always acted for the good of the population and sovereignty of the nation.