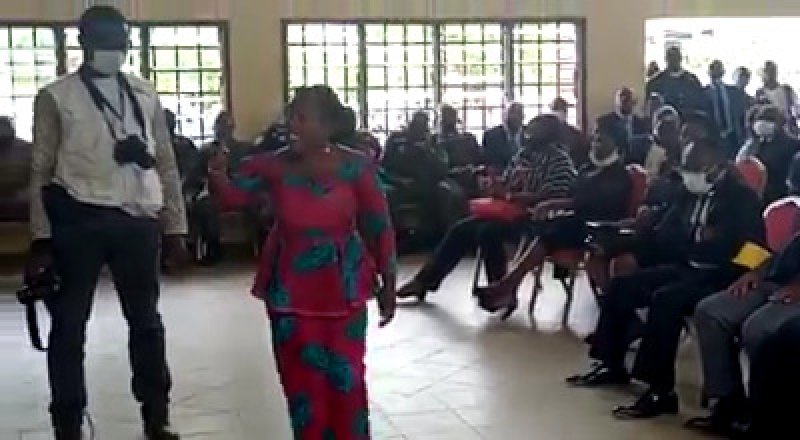 Speaking to My Media Prime reporters in Kumba Thursday, October 29, 2020, the ‘prophetess’ denied viral social media claims that her whereabouts was unknown.

“Viewers all over the world, I am fine. There is nothing wrong with me. The military protected me from the Kumba City Council Hall. They never harmed me. They did nothing to me. They were instead the ones begging me to stop talking. They carried me to the police station and later that same day, the Commissioner of the police station asked me to go home. I am home,” said Ms. Mary Nkeh.

She said the Holy Ghost influenced her actions at the Kumba City Council Hall on Tuesday, October 27, 2020.

Her words: “There is something that I want to say, what I did at the city council was under the influence of the Holy Ghost. The Holy Ghost wanted to pass a message to the people in government. To make them know that there is a God that can fight for the innocent. Therefore, I was acting under the power of the Holy Ghost. I gave them the message that has gone viral. I just want to give glory to God because if there is nobody to fight for the people, there is a God in heaven that can fight for the innocent. I want to make them know that things will begin to change for good.”

Following Saturday’s Kumba school shooting, the Prime Minister, Head of Government, at the behest of the President of the Republic, dispatched an inter-ministerial mission to Kumba at the head of which was Minister Atanga Nji.

As Atanga Nji addressed a cross-section of Kumba elite and the population at the City Council Hall, Mary Nkeh interjected his ‘sermon’ on submission to governing authorities as prescribed in Romans 13:1-5.

Romans 13 Let everyone be subject to the governing authorities, for there is no authority except that which God has established. The authorities that exist have been established by God. 2 Consequently, whoever rebels against the authority is rebelling against what God has instituted, and those who do so will bring judgment on themselves. 3 For rulers hold no terror for those who do right, but for those who do wrong. Do you want to be free from fear of the one in authority? Then do what is right and you will be commended. 4 For the one in authority is God’s servant for your good. But if you do wrong, be afraid, for rulers do not bear the sword for no reason. They are God’s servants, agents of wrath to bring punishment on the wrongdoer. 5 Therefore, it is necessary to submit to the authorities, not only because of possible punishment but also as a matter of conscience.

As Atanga Nji preached on, saying President Biya is Head of State because God wants it so, Mary Nkeh jumped from the crowd and shouted “Please, Sir, Objection!”

Her words: “Please sir objection. Objection! Let me tell you something that you do not know. Nobody can fight God. You can stand in the midst of everybody and say anything but I want to let you know that there is a God in heaven. And God said that the Egyptians that you see today…”

Even before she could finish pouring out the substance of her objection, Hon. Tabot Lawson Bakia assisted by security officers walked her out of the hall.

After the spirited display of defiance, rumors fuelled fears that the forces of law and order had detained Mary Nkeh.

Video footage from My Media Prime shows Mary Nkeh this Thursday in the company of her family.

Before interrupting Minister Atanga Nji’s sermon, Mary Nkeh had given an interview to the press in which she said God had inspired her to ask the President of the Republic and his ministers to resign.

“I want to make a public show that our pastor is a victorious man because the bible says that everything works together for the good of those who love God. And because his only child died in the Kumba school shooting, maybe God used that child as a sacrifice. Because that child is called Victory.

“I want to say shame on the government, shame on ministers, shame on the president, and shame to all of us. All of us have failed and now let us go back to God. He is the author; he is the finisher of everything. Once we depend on him, the victory will follow.”

The deceased Victory was the only child of Boniface Tamangoua, pastor of World Restoration Ministry, where Mary Nkeh fellowships. 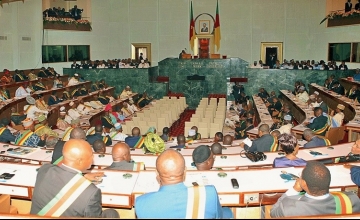 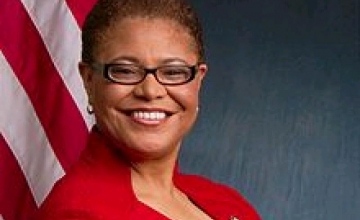 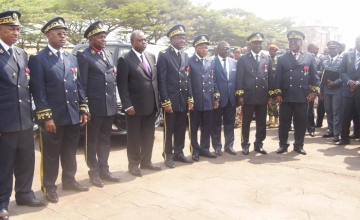 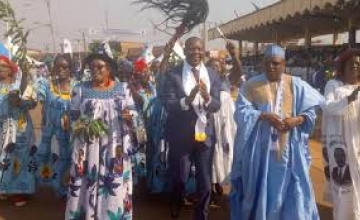