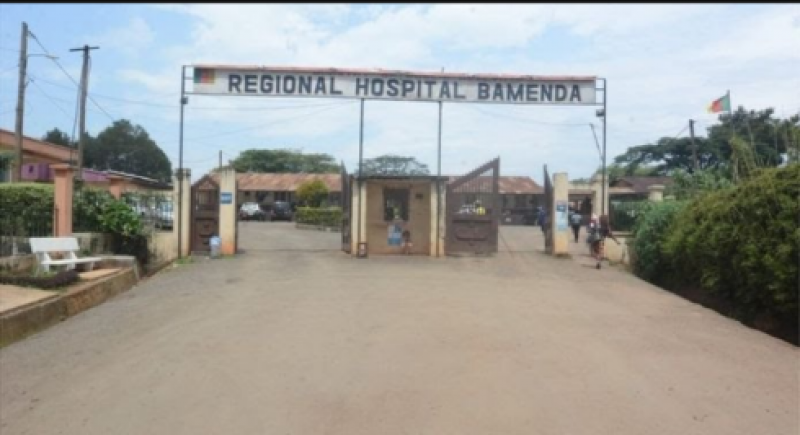 This is the case of the Treasurer of the Haemodialysis Association, Stella Tita, who died on Monday, May 6, 2019, because she could not go through her dialysis session owing to the non-functioning of the dialysis machines.

Out of the eight dialysis machines at the Centre, only one was functioning. The demise of Tita angered Kidney patients, who despite their health situations, mustered courage and staged a sit down strike in front of the Haemodialysis Centre on Tuesday, May 7, to draw the attention of the authorities to arrest the situation.

Talking to The Post, the Vice President of the Haemodialysis Association for the Northwest and West Region, Francis Mbinglo Wansoh, regretted the sudden death of Stella Tita. He said the deceased life could have been rescued if the dialysis machines were functional.

“We were with Stella on Friday last week and if she had gone through the machines, she wouldn’t have died. It is unfortunate. She died because of negligence on the part of Government that has not ensured that the machines are permanently maintained for the treatment of kidney patients. You cannot imagine that there is no resident technician to take care of these machines. Any time there is a breakdown, the hospital authorities here must call Yaounde to dispatch a technician. We are bound to be here because no other centre can welcome patients from here,” Senior Prince Mbinglo averred.

Mbinglo, who is the Vice President of the Association, revealed that the technician, who arrived from Yaounde, has repaired two of the machines.

“Before the week runs out, he would have repaired all the machines; this is thanks to the Director of the Hospital, Dr. Thompson Kingue.”

Meanwhile, during a crisis meeting after the incident, the Director of the Bamenda Regional Hospital, Dr. Thompson Kingue, regretted the death of Tita and assured patients that the Minister of Public Health, the Regional Delegate of Public Health and Northwest Governor are working hard to ensure constant repairs of the machines.

“There are over 65 patients receiving treatments here and we have been trying to let Government repair all these machines because the spare parts are rare.”

Patients suffering from kidney failure are supposed to be scanned twice a week at a subsidized fee of FCFA 5,000 per session. One of the patients, Regina Nyamusa, said: “you can see my legs are swollen and I am feeling a lot of pains. Let Government come to our rescue. When we get into these machines, we spend at least two hours and when you come out, you feel fresher, you can breathe well, and imagine that for a week, you have not past –out waste, how would you feel? You have to be drained in order to be refilled,” Nyamsua noted.

Meantime, Mbinglo said they have been unable do dialysis for some time now. As such, they came to concert with the administration to know what is happening.

It was after the crisis meeting that the Director brought in technicians to repair the machines, but for two days, there could not work because there were no lights.

“When electricity was finally restored, the technicians had an issue repairing the machines due to lack of spare parts and that only the Minister could intervene in that effect... Given that the dialysis centre is a presidential project with such lapses, Mbinglo said this shows the un-seriousness of the Government.