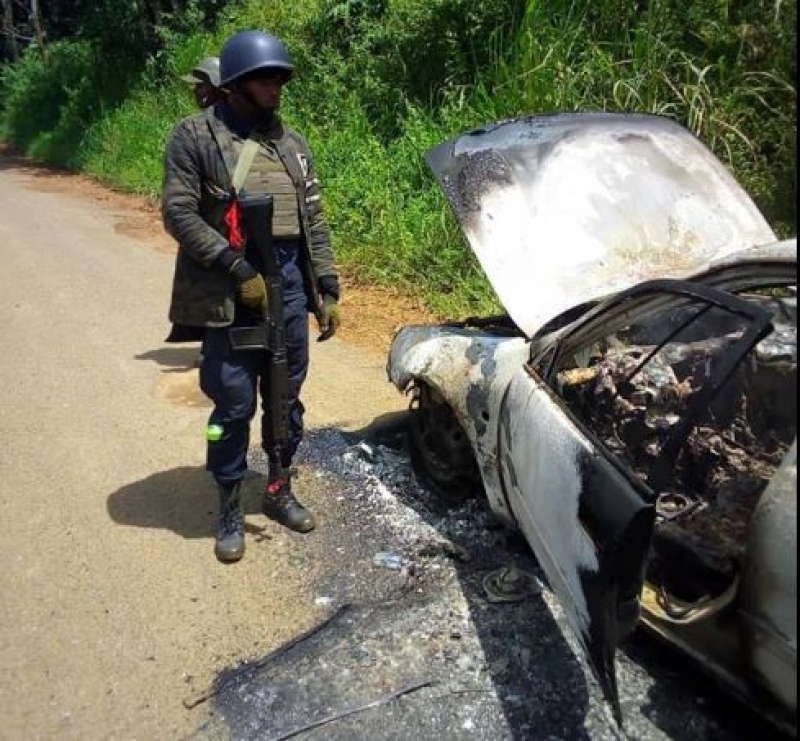 Police Commissioner Vuchi Jeremiah was kidnapped by unknown men suspected to be Ambazonia fighters at his residence in his Big Babanki, Tubah Subdivision, Mezam Division in the North West Region of Cameroon. He was picked up alongside a Lecturer in the University of Bamenda and their cars brunt to ashes.

Another top Police Officer from Kumba 2, Meme Division in the South West region was picked up around Bombe in the area early Tuesday. Their whereabouts are not known. Same Tuesday some armed youths who call themselves, Tigers of Mutengene abducted the Military Commander of the area, Adamu and subjected him to torture. In a video which circulated on Social Media, the Commander is seen pleading for mercy and swearing that he would leave the South West if released.

Meanwhile after Sunday’s showdown in Ekona, Security forces have succeeded to clear the road linking Buea and Kumba, following a three days blockage by Ambazonia fighters. Before this exercise, there have been an “operation shoot vehicles” as travelers found it difficult to cross tense areas without their vehicles being shot with stones.

In Muyuka, Fako Division in the same region, the TOTAL fuelling Station located around Balong neighborhood has been destroyed Tuesday with the pumping machine and garage totally destroyed.

There is an atmosphere of uncertainty as the government has announced a humanitarian plan to help Internally Displaced Persons and Refugees, the security of those to embark on such a perilous journey is still hanging as Separatist leaders have rejected such a plan for the communities. 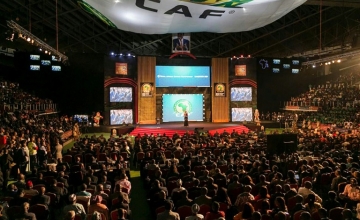 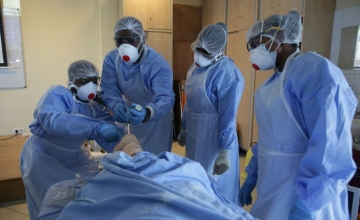 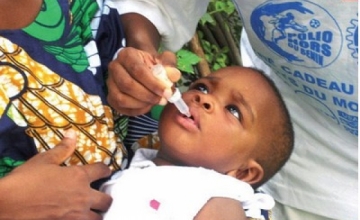