After taking control of the situation, the government presents the balance sheet of the nightlong gun battle.

16 soldiers were shot and killed, while eight others were injured, government said in a press release. The injured brave soldiers are said to be in a stable condition and have been evacuated to specialised military medical facilities for proper treatment.

Cameroon’s Minister Delegate at the Presidency of the Republic in charge of Defence extended to the bereaved families the condolences of the Head of State, Commander in Chief of the Armed Forces as well as his wishes of quick recovery for the injured. 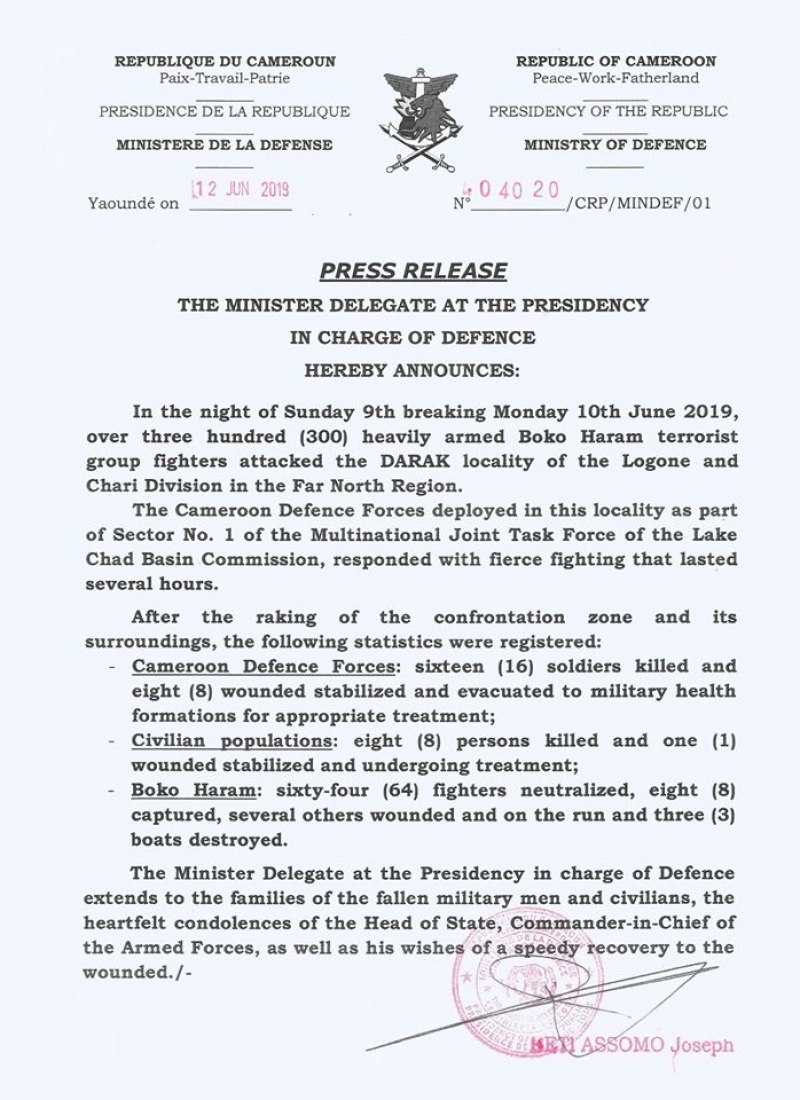