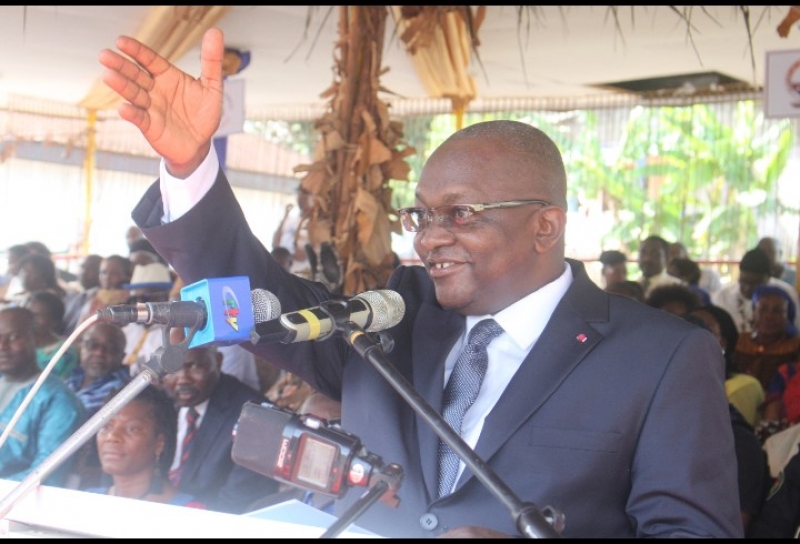 Governor Okalia Bilai Bernard opens Limbe FESTAC 2019 Atia Azohnwi
Okalia Bilai Bernard, Governor of Cameroon’s South-West Region has said after several measures taken by the state to solve the problems raised by some members of the population, it is now time for local dialogue to take place within families.

The Representative of the State in the South-West Region was speaking to state media at the end of a working session with Senior Divisional Officers, mayors, and frontline community actors to examine necessary and concrete measures towards peace.

Attendees at the session agreed that actions to ensure peace and stability in the South-West Region, especially in rural communities are the only way to bring normalcy in the region.

Governor Okalia said the session sought “to bring all the living forces of this region, all the stakeholders, local elected officials to go to the grassroots population and to talk to those of their sons, family members who are still hanging around with guns to drop their guns because today, what the population of this region was expecting, they already have it."

“So, they no longer need to continue disturbing the peaceful life of the people, the development of this very important region. The state has done its part of the work. Now, they should go and talk to their sons. Now is time for local dialogue within the families, within the communities to convince their children that they should drop their weapons,” he said.

Tit-for-tat killings, kidnappings, arsons, maiming, and outright terror have become part of daily lives in some parts of the English-speaking regions. A Major National Dialogue organized in 2019 has since failed to silence the guns.